After you set your goal, then what?

For years, I was desperately trying to find the secret to writing more, writing faster, doing whatever I needed to do to have the career I wanted. One of the ways I thought I could do this was by figuring out how to set goals and accomplish them.

I went to probably close a dozen workshops on how to set goals. I listened to their advice, trying to find the magic formula that would help me.

They all said pretty much the same things:

1. Write down your goals.

3. Visualize yourself having attained the goal.

Okay. I could do all those things. I would leave the workshops with my SMART goal on a sheet of paper and a lovely picture in my head of me sitting behind a table at a bookstore with a line of people waiting to get an autographed copy.

The next day, I’d sit behind my computer and start at the goal and think, “Okay, now what?”

All those wonderful workshops with dynamic speakers had energized me but they’d left out one crucial step.

Maybe I’d missed it. Maybe I was so focused on crafting my perfect goal sentence that I didn’t hear them say the “what next” part. I truly don’t blame the speakers.

I blame my brain.

For over 10 years, my darling husband did everything he could think of to “bribe” me to write. Chocolate, money, time alone â€“ whatever he thought would help.

Well, that is until we moved to Germany and I was surrounded by neighbors that had grown up in East Germany and learned Russian in school. With no car and no access to public transportation, my only entertainment choices while he was at work and our daughter in German school were BBC on the radio and writing. My first book was written that way.

However, one book does not a career make, especially when it was an ebook before the Kindle had been invented and most people still thought you had to print it up at home in order to read it.

We came back to the States and I was back to square one.

More workshops. More lovely goal sentences. More frustration as I stared at my computer screen and visualized my book.

Then, two things hit at close to the same time to finally make it all click with me.
Someone posted a simple sentence on Facebook that cleared up the fog. She said, “Don’t visualize yourself with your finished book. Visualize yourself writing that book!”

Of course, the work.

You have to do it. Goal sentences are great but they don’t do the work for you.

Then my dear friend Alyssa Day, author of the amazing Warriors of Poseidon

series, posted something on Facebook that was another light bulb for me.

Alyssa said that some of her fans were despairing because it was taking so long for her next book to come out. She explained that in six years she’d moved four times (once to JAPAN) because her husband is in the Navy, but even with that, she’d written ELEVEN books.

I am a stay at home mom, and while I have moved a lot in my life, I’ve stayed in the same place for the past six years and have finished maybe three books???

If she could do it, why couldn’t I?

Alyssa’s words stuck in my head and I figured out that if I wanted to write 11 books in the next six years, all I’d have to do (if you don’t take editing into account) is write 562 words a day. 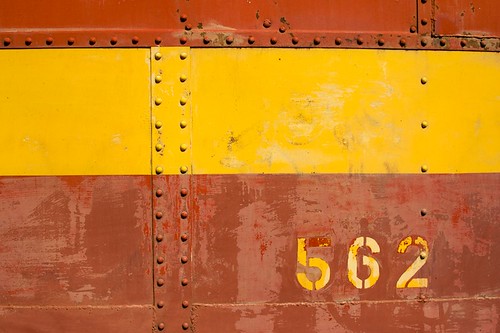 I told this to my critique group and one of my friends said, “Wow, that puts things into perspective.”

Okay, now we all know that writing is rewriting, so let’s assume that we need to “write” each book about three times total to deal with editing and polishing, so I tripled the number of words: 1686 or rounded to about 1700 words a day.

Now, I’m assuming I’m not going to have to rewrite every single word three times, so my goal is about 1500 words a day.

In the last ten days, I have skipped one day of writing and haven’t averaged 1500 words, but I have written over 14,000 words in that time. That’s kind of amazing for me.

Also, now that I have seen that I can do this, not always easily (some nights I stay up past my bedtime because I procrastinate) and I think I’ve written faster than my pantser brain can keep up, I don’t want to stop.

Maybe this is what I missed in these workshops.

How do you keep writing? What are your goals and how do you stay on track?