Hi, my pretty, pretty princesses! I hope spring is beginning to show her face where you live. Disney Princesses in the spring.

Here in Louisiana, it’s wet today but finally we’re not dealing with cold weather that we’re not used to.

Easter Sunday was beautiful, although it got a bit rainy in the afternoon. Mass was, as always, joyous and a true celebration of what our faith is all about.

I missed Maundy Thursday and Good Friday services because I woke up Wednesday morning with the same kind of cold I had in late February, and by Thursday I was dealing with a low-grade fever, coughing and weakness. Friday, after the church service where my son and husband went without me, we all went over to my in-laws’ house for pizza, as we always do on Fridays. However, on the way home, I told Steve that my ear, which had been making crackling noises for several weeks had started hurting. We’d actually gone to the walk-in clinic that morning. but it was closed for Good Friday. Even then, though, it wasn’t hurting so much as just had lots of pressure. By the time we left the grandparents’ house though, it hurt. He called them and asked if Noah could spend the night at their house because he was taking me to the ER and you know how long that can take.

Surprise! We were in and out of the ER in less than half an hour. Turns out I have an ear infection, which is what I suspected, and the PA said that it looked like my eardrum was on the verge of bursting. No wonder I was in pain. He sent me home with antibiotics.

That night, my ear was leaking so I’m sure that it actually does have a hole in it now, and it hurts off and on. I still have pain pills from my doctor for my hip and back so they help. I just have to be careful I don’t take more than I should so I don’t run out. I will see him on the 22nd, so I should be able to ration them. Also, God willing, the ear will eventually heal and not hurt so much.

One interesting side effect of this is that from time to time I can hear a ticking in time with my heartbeat which makes me think maybe I’m part clockwork mechanism. 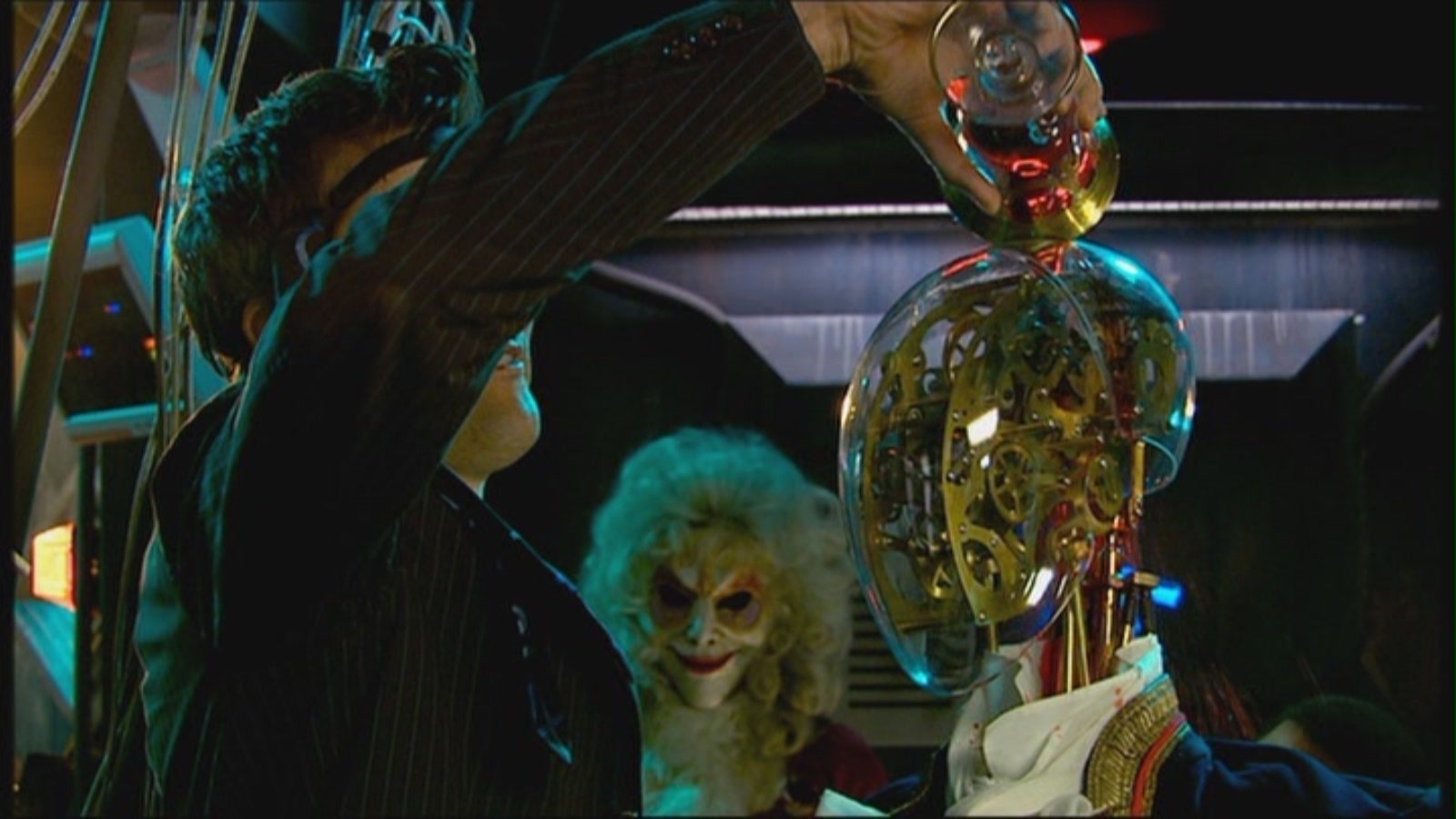 Clockwork Man from The Girl in the Fireplace episode of Doctor Who.

Today is the start of Noah’s spring break, for which I am so thankful. Steve took today and tomorrow off work as well. His birthday was Good Friday, not a good day for celebrations, even though his mom kept trying to push cheesecake on us that night. “But it’s Steve’s birthday.” “Still Good Friday. Still a day of fast and abstinence.”

We had planned to do something but again this illness didn’t help. I was determined, however, to make it to Mass. I was tired afterward, but it was lovely.

Today, I’m back at work. I’m setting up blog visits to promote Pigsty Princess and writing the sequel, Questionable Queen. I also think we may be headed to the theater to see Home sometime today.

Hope you all had a blessed Easter and have a wonderful week!